"The world of English linguistics has lost one of its really special people. Geoff Leech, who died on 19 August, aged 78, will be known to all members of ISLE by reputation, and to many as a warm and amiable colleague. An inspiration to generations of students for decades through his lively and enthusiastic presentations and his engaging and accessible publications, he was equally inspiring to fellow-researchers in the many fields where he made such important contributions - stylistics, semantics, pragmatics, grammar, and corpus linguistics. Those who met him, both in the UK and in his many visits abroad, will remember his unassuming and affable manner, which hid a sharp and incisive intellect. Those who worked with him will recall his combination of humility, curiosity, enthusiasm, reliability, and thoroughness that makes a truly great scholar. And those who studied under him will remember his generosity of spirit, giving a level of time, interest, and assistance that was universally appreciated. All will concur that he was, quite simply, a really nice guy. For my part, he was my oldest academic friend, our paths first crossing through the Survey of English Usage in 1962. Our careers have overlapped innumerable times since then, and I now recollect with both sadness and pleasure the two last occasions when we met this year, to celebrate the founding of Lancaster University and the institution of his Department. Our field is the poorer for his passing, but all the richer for his pioneering contributions. It is wholly appropriate that the 2014 ISLE conference should be dedicated to his memory." 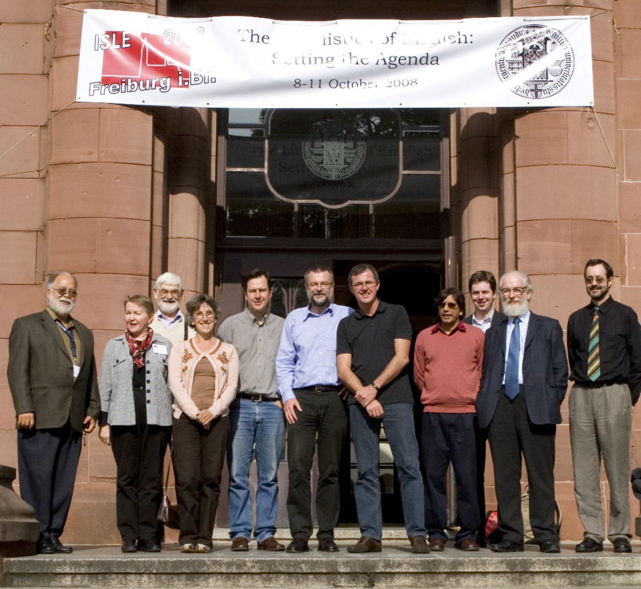